Curious of your thoughts on this.  It came from one of the forum editors, his comments to me about ‘improvements’ to the 44i.

“Lots of alternator capacity to fast charge batteries, or a much better step … an engine mounted DC generator coupled with the Yanmar engine. In Europe it’s becoming popular to do that, it should be popular here soon. Yanmar has a product KMG65E that is a few inches wide and sits between the engine and the transmission, generating either 3 or 6KW.  This is far superior to charging your batteries while on the hook slowly with a typical alternator/diesel combination, or charging from a separate A/C generator with its own fuel and maintenance issues”

This is the Yanmar engine in questions: http://www.yanmarmarine.com/theme/yanmar/uploadedFiles/Yanmar-GENSET-KMG65E-E.pdf

I am astounded at how easy it is to get others to do your marketing work for you.

The commentary above;  “..a much better step..“, “..becoming popular..“, “..far superior..“, “charging…slowly..??”, is all unsupported by anything more substantial than pure enthusiasm from a very shallow brochure.  A non-appreciation for the technical, operational and efficiency implications involved should never stop you from standing on your hind legs and declaiming some opportune shortcoming to be rectified.  Here we go again.

Apparently developed for the sizeable European charter market, the ‘new’ Yanmar technology referred to above applies only to a few of their engine models and at present it produces 230v 50Hz power.  This alone makes it a non-starter for North American based vessels.  But wait, there is more, (did you doubt it?) 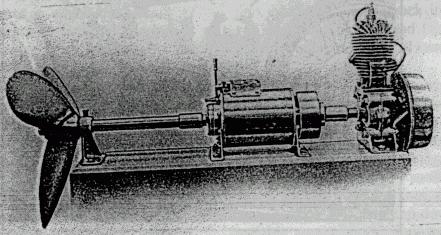 Yanmar equipment not exactly as illustrated

This idea has been ‘pioneered’ by Steyr who have had it around for several years as an integrated DC power system. They recently souped it up for the hybrid craze and made the output more versatile, offering DC or AC output for either side of the Atlantic.

The Steyr and Yanmar offerings place an electrical generating element between the engine and the transmission of a propulsion engine.  Heavy things are already spinning around at the back of the engine and the space envelope (especially the diameter) is mostly already conceded.  At a time when demand for on-board electrical power is over the top, it looks like a better idea than trying to drag even more DC power from belt driven alternators at the limits of their engineering or trying to fit a separate gen set in small vessels.

There is some engineering elegance to this idea and apart from some torsional vibration issues that must have required some serious head scratching, it appears to be a simple idea, quite a nice approach to take.

Eureka, it works…but where do I sleep?

More Hybrid Hype
In their suggested hybrid application, the Steyr arrangement maintains the propulsion engine directly in the driveline and allows the ‘generator’ winding to reverse function and act as a motor to drive the transmission on occasion.  (This requires the added complication of a clutch in the drivetrain to disconnect the engine from the windings and transmission.)  Once the batteries are flat, the engine can take over and get you out of harm’s way with some real power.  This system provides an interval of (5 knots) running – expensively, inefficiently, but quietly, electrically.  As a penalty, you are compelled to take a whole lot of weighty, complex, costly stuff along for the ride wherever you go the rest of the time and accept the liability of an additional clutch function in the driveline.  I suppose if you boated a lot on backwaters this could add up. Their claim to be “emission free” and “green” apply exclusively to the intervals of electric propulsion, the rest of the time you are making restitution for that luxury plus the inherent inefficiencies – a selective definition of “green”. Nice looking brochure though.  As ‘hybrid’ ideas go, it is probably the nearest thing to a semi-defendable approach.

The Yanmar offering doesn’t go there at all, wisely I think.

Some issues and implications;
The generation of a particular AC frequency (e.g. 60Hz, 50Hz) is most readily accomplished by spinning a generator rotor at a fixed speed, typically a multiple of 1800rpm for 60Hz and 1500rpm for 50Hz, something like a record player that plays exclusively 45’s, 78’s, or 33’s.  This means that a propulsion engine that is also expected to generate AC power on the side has to run at a constant speed, so modulating the propulsion thrust and direction have to be accomplished by a complicated transmission system, e.g. hydraulic, electric, variable pitch props etc. 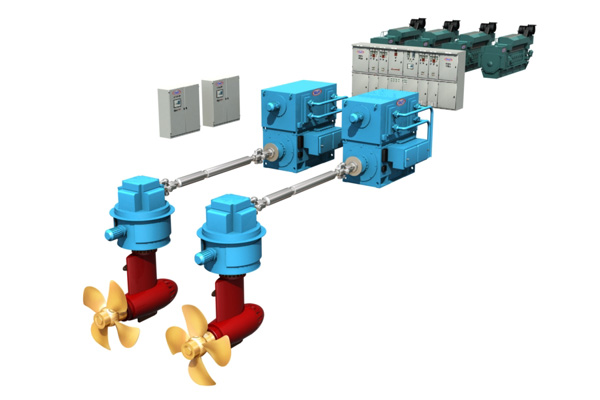 Note plethora of engines and absence of batteries

Ships with extraordinary auxiliary loads that rival or exceed the propulsion demands or require very versatile drivelines (e.g. icebreakers, cruise ships, dredges) will sometimes adopt such a system along with all the attendant complications and expense, this is nothing new but it has scant justification for a cruising pleasure boat. 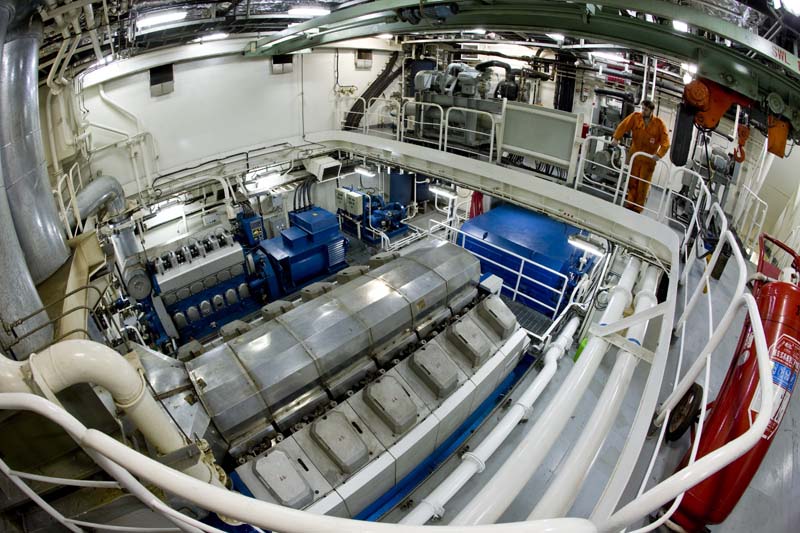 To get around this constant engine speed requirement, Steyr and now Yanmar let the propulsion engine and generator rotor turn at normally varying speeds and take whatever messy power comes out and send it to an electronic black box, something like an inverter, to reconfigure it, clean it up, and deliver it as constant voltage, steady frequency, AC power.  The current available remains proportional to the rotation speed of the engine and windings.  The black box is subject to all the liabilities and inefficiencies of electronics, especially those asked to handle relatively high currents.  Two large cooling fans on the Yanmar ‘Power Box’ take away excessive heat (fuel burned).

The primary generating guts of the system fundamentally resemble an oversized alternator similar to the belt driven one at the front of the engine.  The difference is, the belt driven alternator puts out 12VDC power which has no frequency issue and is therefore insensitive to rotational speeds and requires minimal electronic control equipment.

You don’t get something for nothing.  Propulsion engines and their propellers are matched to push a particular vessel at a particular speed with a reserve for arduous conditions.  If you have to reckon on diverting engine power to generate electricity, the prop needs to be compromised to use less power with an accompanying alteration to performance expectations.  In the absence of variable pitch capability, the prop has to be sized to absorb the engine power minus the generating power.  You could arrange to do either/or but you then have to accept a compromise to the availability of power for both functions simultaneously at least to some degree. 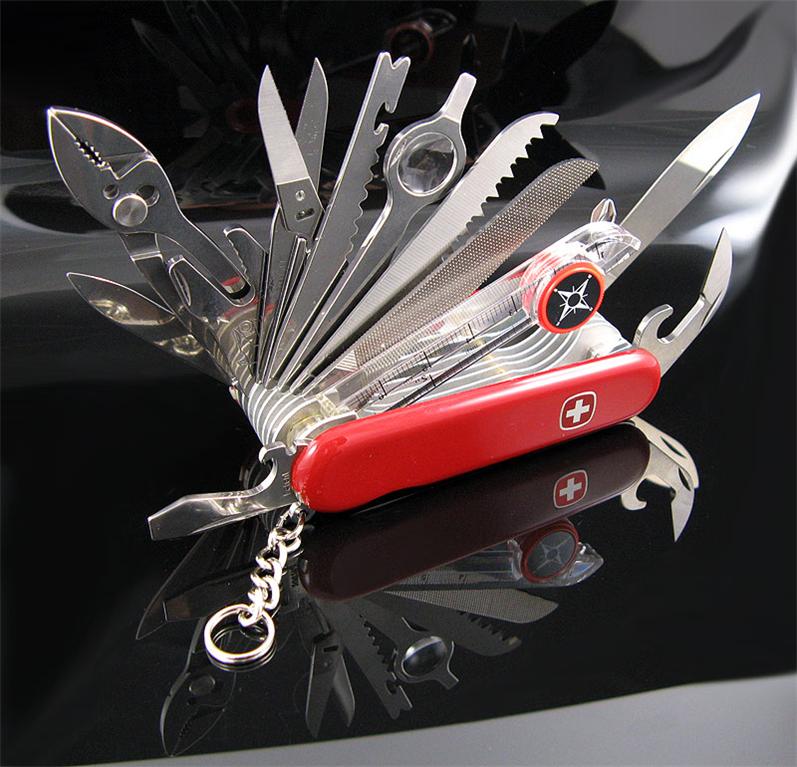 The notion that running an engine at less than its full load is ‘highly inefficient’ is frequently exaggerated and theoretical rationalizations would often pay a dollar to save a nickel in the real world.  The diesel engine has a governor by necessity that only delivers enough fuel to maintain a given rpm.  This means that the fuel used is always strictly proportional to the load, they cannot run ‘rich’.  The working load includes the parasitical stuff like oil pumps and water pumps plus the friction and heat loss, which will be larger for a larger engine.  If the working load is proportional to the engine’s power capacity, the combustion physics (temperatures and pressures) are idealized for the design and the best fuel efficiencies are achieved.  If the working load is relatively pathetic, the combustion physics will not be realized and some fuel/work done inefficiencies will be apparent.  So, running a dedicated 12hp diesel gen set engine with a 6kW load would burn significantly less fuel than would a 55hp (as in the Yanmar) or greater diesel propulsion engine running in neutral doing the same thing, especially as the transmission guts will be idly spinning as well and generating some heat. A 6kW gen set actually spends the majority of its time running at much reduced load so the proposition is even less attractive.  The need to generate electrical power at amounts relatively low in relation to the propulsion power is the reason we use a relatively small gen set engine, this has to be kept in mind.

The functions of propulsion and power generation are too diverse in load to happily co-exist with a common engine power source.  You could power your car with your lawnmower engine or your lawnmower with your V8 car engine, but should you?

Generating variable electrical power, sending it to a black box inverter and sending it from there to a battery charger in order to make 12VDC for the batteries involves heavy inefficiencies and liabilities.  This makes the enthusiastic but misconceived idea presented at the top of using DC power from Yanmar’s equipment rather peculiar (Their own marketing concentrates on running AC hair dryers, coffee machines and the like, but does it mention battery charging?? unfortunately).

Current standard issue belt driven DC alternators are putting out up to 115amp (Volvo). They will do the battery charging job directly and automatically in any case if the engine is running.  This makes the battery charging advantage as suggested a non-starter, the function is already in place.  The concept of integrated high capacity DC generating capability, (Steyr’s initial offering), by perhaps making a belt driven DC alternator unnecessary is an elegant concept, but it is hard to match the serviceability of the relatively cheap and ubiquitous automotive alternator. 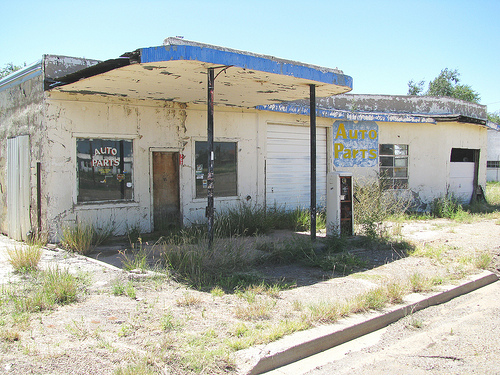 When space is available, placing a small gen set in an extremity of the vessel and/or in a dedicated sound enclosure has to be more pleasant to live with than running a propulsion engine.  Both mechanical and exhaust sound, heat, and vibration generation are all proportional to size of the engine and it is virtually impossible to fully sound enclose a propulsion engine with its attendant driveline.

The charter business that motivated Yanmar’s investment (apparent from their glossy brochure), works on different principles than the yacht owner would apply.  I have worked with both parties.  The ability to offer AC power without resorting to a costly and sensitive inverter/battery or a gen set installation is highly attractive and in the circumstance that the operators are not expected to have any comprehension of or responsibility for the equipment, a considerable compromise to functionality is quite acceptable.  The charterer walks away from the boat after having enjoyed a week of blow dried hair. 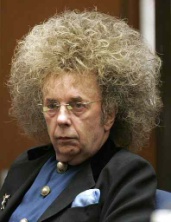 I have always liked the idea of using the flywheel space/weight to generate power. The Steyr arrangement caught my attention initially and I noted with interest the recent offering from Yanmar.  This concept is however only a part of a much more comprehensive puzzle.  I can make a case for any kind of mechanical arrangement but I expect all of the puzzle pieces make a complete picture.  The new Yanmar and Steyr technology doesn’t quite fit any picture I am currently working on but maybe it will some other time.

The reconciliation of a lot of complication is what we would all like to see.  Taken in isolation, all of the ‘new’ ideas sound marvelous, especially with a cool marketing spin.  Unfortunately we are faced with two or even three voltage electrical systems, escalating expectations of luxury, equipment adapted by necessity from other larger domestic and automotive markets, world-wide service and supply issues, the necessity to keep systems within the operational capabilities of average citizens, the imperative to push the boat reliably through wind and wave, and all this while minimising the investment risks for both the yard and the owners.  If a system doesn’t work well and comprehensively, we are all in the soup.

As soon as I see a responsible way to ditch a lot of hardware, you will be first on my list to get a sales pitch.

Meanwhile, let’s keep our ducks in a row.