QUESTION:
Some cats have forward cockpits. Examples include Atlantic, Gunboat, SMG Multihull and others. A sailing cockpit at the base of the mast seems a very practical design. It avoids the complexity of running lines aft and tends to keep the deck clear. It seems a safe work area when the sea gets a tad unsettled, as has been known to occur. Indeed, companies praise the virtues of not having to walk around the salon on narrow, slippery side decks on dark and stormy nights.

It seems to me that in the event of a very large oncoming sea such a cockpit behaves like a bucket, in that it would fill with water and that it needs to be very quickly drained.

What are your opinions on this catamaran configuration?

ANSWER:
When I was first exposed to the yachting business, Morgan’s “new” centre cockpit design, reportedly worked out specifically for the Caribbean charter market, was heavily criticized for not providing a proper view of the sails and exposing the helmsman to the elements. With how much apoplexy would the same critics respond to the mast base cockpit I wonder? The objections may be somewhat stale (40 yrs?) but there is always some validity to the expressed concerns. 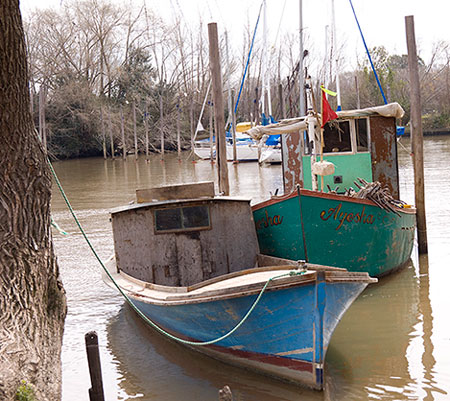 When squirming around to find an excuse for this severely compromising “design feature”, the builders never seem to address the primary reasons for adopting the arrangement. Above a certain size, it becomes highly problematic to see where you are going from a properly protected aft helm position. The lumpy acreage ahead of the mid to aft helm position quickly requires a helm eye level that is unfortunately high as a vessel size gets much above 45′. The ergonomic options plateau at this size and don’t resolve themselves until the 60’+ mark is surpassed, at which point you can add another layer to the cake, possibly.

If you don’t adopt an arrangement as per the Antares 44, you are faced with installing two highly exposed aft quarter helm positions, or one highly exposed mast base helm, or your man gets placed up on the cabin top where he acts as a target for the sailing hardware as well as the elements. These options create severe compromises.

Operations that purport to market a competitive sailing edge may give highest priority to the mast placement in order to emphasize the fore triangle in the sailplan. This puts the mast and its structural considerations further aft, influencing all other design considerations. Going the fastest always requires compromises to comfort and safety, it’s up to marketing to minimize the consequences when dealing with a broader market. Their arguments may sound a little peculiar.

The “complexity of running lines aft” is actually a non-argument with the Antares practice of using the conduit under the bridge deck, there are only two changes to direction involved and no lines on deck. All sail handling lines are operated from the safety and convenience of the fully protected cockpit with only the tails to be stowed in the provided lockers. Nothing hangs or projects in the dry uncluttered work area.

The idea that a cockpit forward is a safe work area is highly questionable. Exposure to the elements is something to be avoided. The necessity for a forward facing flat bulkhead and door run contrary to traditional marine practice, for good reason presumably. The mast base area is beset with obstructions, projections and heavily loaded hardware along with a concentration of rope paraphernalia, make it a relatively dangerous place to be at any time.

Companies that “praise the virtues of not having to walk around the salon on narrow, slippery side decks” perhaps have such decks in their build experience. The Antares 44 wide side decks with proper height lifelines and grab rails rather depower that argument and the absence of winches and line terminations at the mast base make the necessity of going forward much less likely in any case.

Your observation that a forward cockpit would have to drain very quickly is quite true. Can you really imagine facing such a situation? I suppose the cabin access door would be held shut by water pressure? Such an arrangement in a commercial vessel design would have to be very robust indeed. Because of the location, the volume contained in a forward cockpit is magnitudes greater than that of an open aft cockpit which requires only a minimal step-down area to be scupper drained.

The configuration argument is complicated by speculations as to whether taking a sea over the bow is more or less likely than taking one over the stern, all highly academic, one would hope. I chose to make the forward facing components of the Antares most sea kindly while providing all practical defenses against aft cockpit flooding, including removable washboard provisions. Maybe I am too traditional.

The real-estate on the bridge deck available for accommodations is of finite length and the arrangement will be dictated by a number of conflicting demands. Setting aside the helm protection and sail handling features of the Antares design, none of our customers would sacrifice the aft exterior spaces and interior accommodations in favour of a forward cockpit. We are pleased to have given the marketing effort a relatively easy ride. As the lawyers say, “Res ipso loquitur”, the thing speaks for itself.

The over all vessel design goals will dictate how the necessary compromises are worked out. Make sure the arguments and rationale you hear are in concert with your own requirements and sensibilities when making a choice as to what suits you best.

Thank you for the considerations, deliberations, etc.